Water project from Turkey: TRNC to receive water in July 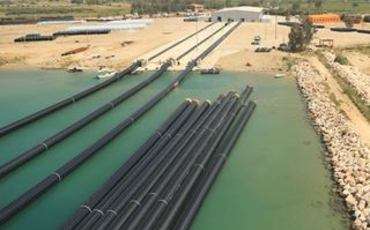 According to North Cyprus “Realist” newspaper, Turkish Ambassador in Lefkosa, Halil Akca, said that the water from Turkey will begin its flow in TRNC’s capital on July the 20th.

The ambassador also noted that the “project of the century” is a strategic one and will have a significant value during the negotiations process between North and South Cyprus.
“Our aim is to deliver quality water to the people of Cyprus at reasonable prices”, commented Mr. Akca, adding that the water will also be recycled for agricultural use.
The construction of the first phase of the project has begun in 2009. The pipeline, 80 kilometers in length is to deliver 75 million cubic meters of water annually from Turkey to Cyprus.