"The market of Northern Cyprus went into motion" 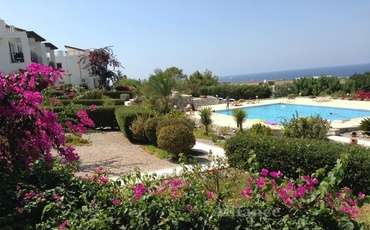 According to the requirements of Turkish and foreign investors, the market of Northern Cyprus went into motion. It is difficult to find a land where construction is not conducted or planned, and the sales market simply exploded. Hassan Sungur, the head of the Turkish-Cyprus Association of Realtors, assessed the property market in North Cyprus as follows: "the whirlwind flow of Turkish investors is invested in the TRNC, while Russian investors are also intensifying their activities in the 2017 market."

Northern Cyprus is a safe country, the climate and natural beauty attract foreign investors, while real estate prices are much cheaper than property prices in Turkey or in South Cyprus, causing mobility in the real estate market.

The head of the Turkish-Cyprus Association of Real Estate Agencies, Hasan Sungur, said that the real estate market, which in early 2016 has grown dramatically, is now experiencing a golden age. The desire of Turkish and foreign investors to own land and housing in the TRNC and other requirements in this direction has mobilized the real estate market. The most preferred regions for foreign investors are Karsiyaka, Lapta, Alsanjak, Esentepe, Chatalka, Famagusta and Iskela. Hasan Sungur noted that TRNC is a safe country and that this is the first choice for investors with its climate and natural beauties. "One of the biggest factors is that property prices in the TRNC are much lower than in Turkey and South Cyprus."

Sungur said: "In 2010, when there was an alarming turn against the Russians, Cyprus and Greece approached the point of bankruptcy. At that time, the real estate market of South Cyprus, a 50-percent drop occurred. In North Cyprus, the real estate market is fueled by people living in the south of the country, and thousands of foreign investors, including Russian-speaking ones from former USSR countries, first woke up in 2008-2009. In the south of Cyprus, property prices recovered in 2016 and reached their previous prices: in early 2017 prices have completely stabilized, and now they have even grown. Today, housing prices in the TRNC are 4 times cheaper than in the South, and land prices in some regions are 100 times cheaper than in the south. Citizens of the former Soviet countries, Scandinavians, Swedes, Britons and Germans, who previously invested in the south, are now investing in the TRNC. Real estate in North Cyprus is a guaranteed investment.