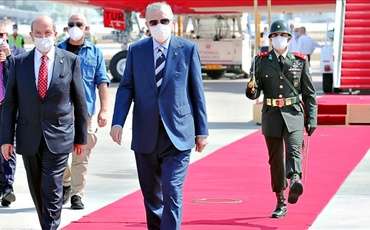 President of the Republic of Turkey, Recep Tayyip Erdogan, arrived in the Turkish Republic of Northern Cyprus for a two-day official visit to attend the 20 July Peace and Freedom Day celebrations.