Occupancy rate of North Cyprus hotels in May is 57% 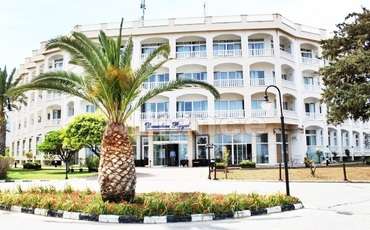 The average occupancy rate of hotels in Northern Cyprus estimated at 57%, according to statistics published by The Turkish Cypriot Hoteliers Association.

Analysis of occupancy of hotels showed the number of tourists in hotels increased by 8% compared to same time last year. Demand for high-class hotels is growing rapidly and in May 5-star hotels were occupied by 72%. According to statistics, small hotels’ occupancy rate was 43% in May 2014, showing a 10% increase compared to April of this year.