Two health centers to be built in Lefke region 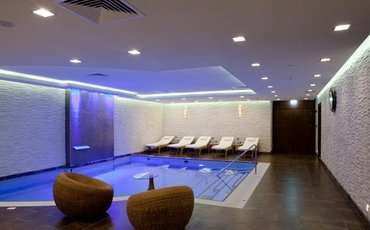 Two large recreational complexes will be built in North Cyprus in Lefke region. British investors are planning to built 40 million Euro project that will include marina, boutique hotel, and resort complex, which may also include gold club. Also, a partnership between Norwegian and Swedish investors offered to build health center, a 60 million euro project, in the area of Lefke dam. Construction of both projects is to begin next year, if all necessary approvals are received. It is known that the two groups of investors have already paid a deposit, and British entrepreneurs opened firm in North Cyprus. Projects will be a boom to Lefke’s economy in which there was no significant investment for several years. Throughout the year, North Cyprus has participated in many events and exhibitions for the "opening" of the country to the outside world. TRNC government is actively helping foreign entrepreneurs to invest in the country by providing safe conditions for them to invest. British investors’ project will be built on the land size of 60 dunums, which is 82.080 sq.m. The same place was marked for construction of petrol station last year, but after protests from local residents, the project has been terminated.