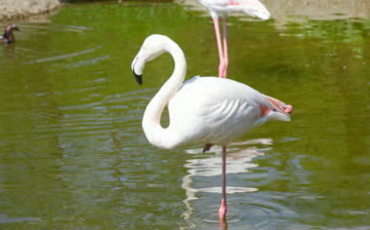 Gulseren lake, near Famagusta, became a rest point for flamingos. More than 50 birds temporarily use the lake to take a rest during the spring migration. Every year in mid-April various bird species can be seen in North Cyprus as they migrate from Africa to Europe. Wildlife expert, Robert Snape, said: "Every year, thousands of birds fly over Cyprus. You can see birds such as merlin, night heron, cuckoo, pallid and many other representatives of wildlife. "