Cyprus was named as the safest country among the countries will less than 5 million of population. The company Value Penguin has conducted the research with total participation of 107 countries, and among this countries, Cyprus took 5th place as the safest country. Moreover, Cyprus was ranked as 21st overall in national police personnel per 100,000 people and it also ranked 22nd in thefts per 100,000 people. 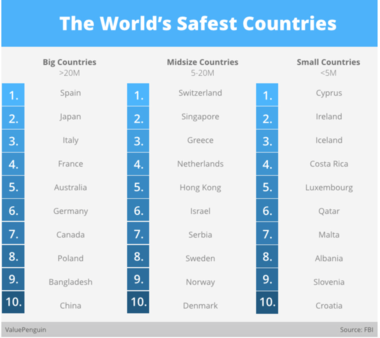 Of the 195 countries participating in the ranking, 107 provided sufficient data for research.