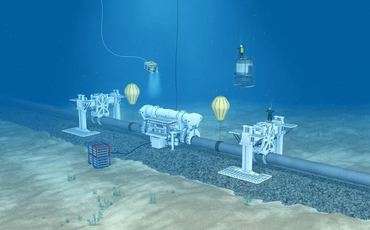 Second section of the water pipeline, which is three kilometers long, has been submerged into the waters of the Mediterranean Sea. The project, the first of its kind, is being conducted between Turkey and North Cyprus, to supply the latter with fresh drinking water. The total length of the underwater pipeline is 80 kilometers and three kilometers of the pipeline will be laid before the end of this year. The project funded by Turkey will be able to supply Northern Cyprus with 75 million cubic meters of fresh drinking water annually. Construction is expected to be completed in March next year. The project has been agreed between the governments of Turkey and TRNC in 2010, and the pipes which are laid 250 meters below the sea surface were made with high-density polyethylene and ordered from Hong Kong.