Turkish Prime Minister: “The country of Cyprus does not exist” 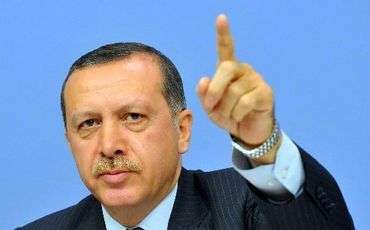 “There is no such thing as country of Cyprus”, Turkish Prime Minister Recep Erdogan has said, in a swipe at the EU’s decision to admit to its members South Cyprus 9 years ago.
Speaking in Budapest on an official visit to Hungary, Mr. Erdogan criticized the EU for giving right to South Cyprus to join the European Union, despite the fact that the country has refused reconciliation plan of Kofi Annan in 2004. Mr. Erdogan said that the severe economic crisis of South Cyprus, turned the country into a burden for the EU.
"They admitted South Cyprus to the EU, and now they are paying the price"
Erdogan, whose country's own 50-year EU accession process is frozen, due to the unresolved issue of Cyprus, said that some countries were admitted to the EU on a "purely ideological" reasons, and Cyprus was one of them.
"Southern Cyprus is not a country, it is the administration. There is no such country as Cyprus. There is Greek Administration of Southern Cyprus, and there is Turkish Republic of Northern Cyprus to the north of the Green Line "