Tourism of Northern and South Cyprus 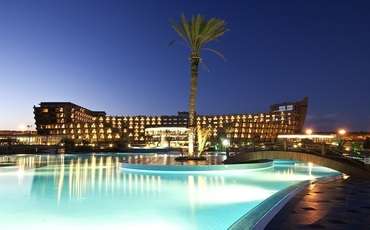 Tourism situation of North and South Cyprus could not be more different it seems. According to the Greek newspaper Alithia, despite the fact that the number of Russian tourists increased in 2013, the total number of tourists in the country has decreased. Southern Cyprus has become less popular with its traditional holiday makers- citizens of the United Kingdom, Germany, France and Holland. The newspaper reported that while the number of Russian tourists has increased by 27,000 compared with the previous year, the number of British tourists has dropped by 8.6%.
Meanwhile the economic crisis of the Republic of Cyprus has affected the tourism sector, Northern Cyprus is welcoming more and more foreign residents. According to official data, all the five star hotels in Northern Cyprus are fully booked. Also, small hotels that were closed resume their activities this year.