The Cyprus problem - a new look at the events 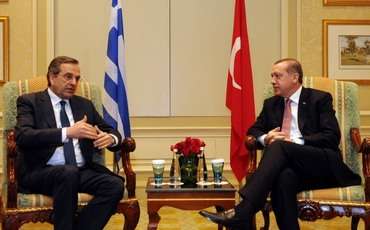 After the political events in 2011, when everyone was expecting a noticeable shift in solving the Cyprus problem, the process of development has been frozen instead. However, a promising solution appears again on the agenda. Today, the two sides of Cyprus consider the resolution of the Cyprus problem in 2013. UN Special Cyprus Advisor, Alexander Downer said that all the prerequisites for a settlement are present. Turkish Foreign Minister, Ahmet Davutoglu, said that 2013 should be the year of settlement of the Cyprus problem or the final division of the island. Specifically, he has made three offers Greek - Cypriots: creation of a bilateral committee on natural resources, the recognition of the TRNC as a sovereign state, and the joint operation of subsea hydrocarbons prior authorization between community problems at certain deadlines.
A former foreign minister, Straw said that the anti-Turkish position of Southern Cyprus could lead to international recognition of Northern Cyprus.