The crisis - the golden opportunity to solve the Cyprus problem? 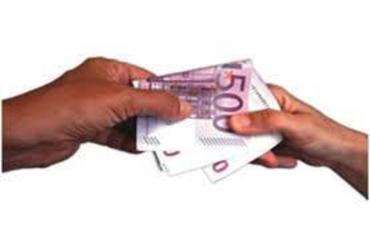 The only factor that Troika takes in consideration is terms financial aid to South Cyprus will be provided. The crisis in the Southern Cyprus - a golden opportunity for Europe and the members of the European Union to reach a solution on Cyprus issue.
Historically, the geographical location of Cyprus has always given the island a strategic advantage. If you look closely at the history of the island, you can see how many nations possessed it during the last millennium. Unique location of the island allows the power who is in charge to have easy access not just Mediterranean but also Middle East and Europe. The geographical location of the island is one of the most important aspects that is of interest to many world powers. Cyprus was never so important as now, in a time of the current unstable situation in the Middle East. Close relations of South Cyprus with EU and USA are worrying Russia, especially because the leader of the Republic studied and Russia, and is the only president in EU that is communist. Naturally, such connection has its advantages, which are expressed in significant Russian investments in Southern Cyprus, as well as a loan of 2.5 billion Euros, which still supports the Southern Cyprus to stay afloat. And of course, the European countries have expressed concern about this. Europeans particularly concerned that the control over the banking sector was not strict enough, and the origin of Russian investment was not monitored properly.

Divided Cyprus - not the best assistant in the troubled region. Over the past ten years, Turkey has become one of the strongest players in the region. Many are worried that South Cyprus has no diplomatic relations with Turkey, as for many it is another source of tension in the Middle East.

In this case, Turkey could act as a unifying factor that would help resolve many issues in the Middle East. The situation in Syria is not improving, and Russia has supported the position of Syria. Turkey supports the rebels, relations between Turkey and Syria are rapidly deteriorating. This week, NATO agreed to place missiles on the border of Syria and Turkey. NATO must clearly understand the tension between Turkey and Syria; there is a full chance of encountering a conflict with Russia, as one of the closest allies of Syria.
Stability in Cyprus, without any doubt, will have a beneficial impact on stability in the region. In the past, many parties have had legitimate interests to keep the island divided. This cannot go on, as recent events and concerted efforts can lead to the resolution of the Cyprus problem. Ill-considered decision of the EU to adopt South Cyprus as a full member of the European Union in 2004 can be corrected by administrative means, as a condition of acceptance of Southern Cyprus, was the restoration of the integrity of the island and the state. The EU has enough leverage to force concessions and Southern Cyprus to comply with this condition.

Turkey will help to convince the leaders of North Cyprus, so they do not use any leverage, which may affect the unification of the island. Stability in Cyprus, without any doubt, will have a beneficial impact on stability in the region.