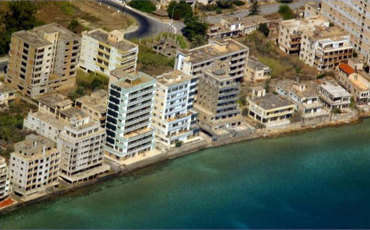 The Government of Southern Cyprus demands Maras, part of Famagusta which has been left empty since 1974, as a precondition for the resumption of negotiations between the parties. In response to the request, a spokesman for the president, Osman Ertug, said the future of Maras is an integral part of the peace talks for both countries of Cyprus, and this issue should be discussed at the negotiating table. He also reminded that North Cyprus voted yes to the Annan Plan in 2004, while the Greek Cypriots rejected it.
"South Cyprus is putting off of talks, referring to the current economic crisis in the country. September was mentioned, then it was changed to October, which is causing suspicion. If the Government of South Cyprus wishes to make suggestions, the proper place for this is the negotiating table. "