Панель управления
Вход
Скрыть
Request a call
Fill out the form below and our manager will contact you.
Language: ru en
Currency:
Moscow +7 (925) 727 2052
Cyprus +90 (533) 833 4177
Alliance.Estate
Call Me Back
Property in North Cyprus
Choose your dream house
Sale Rent
Sale Rent

New start of peace talks aimed at reunification of the island of Cyprus, is expected in October. 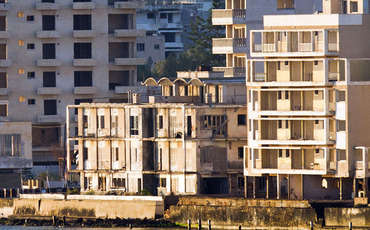 Reinforced preparations for the opening of the next chapter of peace talks aimed at solving the Cyprus problem are undergoing. It is planned that the negotiations will start in October 2013, although the exact date has not been declared yet. UN’s special adviser for the Cyprus problem, Alexander Downer, has officially handed over the proposals to the President of Northern Cyprus Dervis Eroglu on September 11. The proposal has been prepared by administration of South Cyprus and is concerning the matters of closed city Maras. According to Mr. Alexander Downer, the opening of Maras will give both countries of Cyprus tremendous opportunities in further progression of peace talks. Moreover the opening of former tourist center of Cyprus will generate large inestments from abroad that are expected to result in economic boost for both Northern and Southern Cyprus. The property compensation is also planned to take place after the opening of the town.

Previous round of peace talks were suspended in January 2012 due to the upcoming presidential elections in South Cyprus. Maras was completely abandoned and closed in accordance with UN Security Council Resolution 550, adopted on May 11, 1984 , which states that any visits to Maras are strictly forbidden.

It was decided to extend the partial curfew until Monday, 8 March 2021

According to the Prime Minister's statement today, the government plans to allow people who have received 2 doses of the vaccine to enter our country without quarantine from April 1, 2021.

Negotiations on the creation of two states on the territory of Cyprus, mediated by the UN, will take place in New York in the first week of March 2021.

Negotiations on the creation of two states on the territory of Cyprus, mediated by the UN, will take place in New York in the first week of March 2021. The negotiation process will be attended by the Greek and Turkish sides of Cyprus, as well as the guarantor states Turkey, Greece and Great Britain. Greece and the Greek Cypriot administration, Turkey and Northern Cyprus, have been requested to attend a meeting on the “two-state solution”.

The world's top beachfront property buyers in 2021 will be in North Cyprus, Colombia, Brazil, Mexico and Belize.