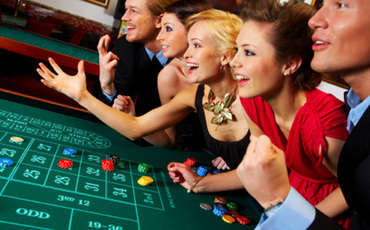 World giants of casino industry are planning to invest on both sides of the Green Line. A company from Hong Kong, Amax Holdings LTD, plans to open a casino in Lara Park hotel, currently under construction in Catalkoy, and the world- famous casino Las Vegas, is in the negotiations with officials in South Cyprus.
Chapter Amax Co., Ltd., Man Sun, said that he is "positive about gaming industry in TRNC ". In June, the company signed with Southern Ruby Ltd agreement to acquire 51% of the casino in Lara Park, and 10 % of the hotel.
If everything will go according to plan, then the total number of casinos in Northern Cyprus will reach 26, including recently opened casino Pasha in Karakum , Kyrenia .
Meanwhile, the game industry in South Cyprus is strictly forbidden , but the mayor of Paphos , said that the administration intends to create a license for a casino in the resort town , and two branches in other parts of Southern Cyprus . All casinos will belong to the same owner. According to preliminary data, the project will cost between 600 and 800 million euro, annually will attract half a million new tourists and create 8,000 jobs.