Negotiations on the creation of two states on the territory of Cyprus, mediated by the UN, will take place in New York in the first week of March 2021. 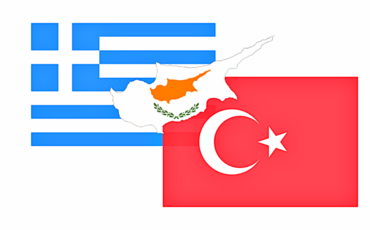 Negotiations on the creation of two states on the territory of Cyprus, mediated by the UN, will take place in New York in the first week of March 2021. The negotiation process will be attended by the Greek and Turkish sides of Cyprus, as well as the guarantor states Turkey, Greece and Great Britain. Greece and the Greek Cypriot administration, Turkey and Northern Cyprus, have been requested to attend a meeting on the “two-state solution”.

Before a new round of negotiations, which is expected to begin in the first week of March under the auspices of the UN, the statement “We do not have a decision on the coexistence of two states” came from Greece and the Republic of Cyprus.

The Greek Prime Minister met in Nicosia with Greek Cypriot President Nikos Anastasiades, said they would adopt a peace agreement The latest negotiations, which took place in Switzerland under the auspices of the UN, ended in 2017 without results. UN resolutions provide for the reunification of the island as a federation with the two regions based on agreements signed between the two sides in 1977 and 1979.