Negotiations can not last forever 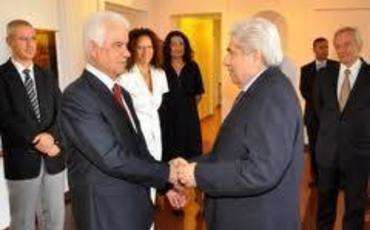 Negotiations can not last forever.

According to the president of Northern Cyprus Derviş Eroğlu, the negotiation process cannot continue forever, and should have some limit. According to him, there are no issues that would not have been discussed during the negotiations regarding the Cyprus problem. President Eroğlu added that, if the current round of negotiations is not reached solutions, UN Secretary General shall make a report regarding the current situation. Moreover, according to Derviş Eroğlu, he offered the leader of the Greek Cypriots hold a meeting with the participation of the guarantors -England, Greece, Turkey, but the offer was rejected by the Greek Cypriot’s leader. As we all know, the removal of the embargo on the Turkish part of Cyprus was proposed in the report of the Secretary General of the UN, but was blocked by Russia.