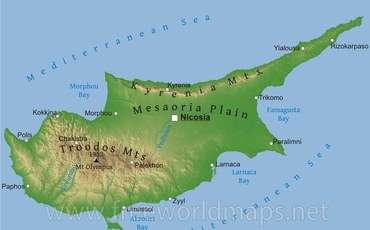 Negotiations to resolve the Cyprus issue will not start this month, and as reported are due to begin in November. Special representative of the President of the TRNC, Osman Ertug has informed, after the meeting with his Greek counterpart.
"The goal is to bring together the two leaders, but we are in favour of them coming together even if there is no prior joint statement"
Now, as expected , the talks will resume in November, after of 18 month break. Negotiations have stalled in part because of the financial crisis in the South Cyprus right after the presidential election , but the discussion in the UN General Assembly in New York last week , gave new hope.
"There was no progress in negotiations for 9 years now. Now, there is window of opportunity, "said Turkish Foreign Minister Ahmet Davutoglu .
He added that the presidents of both countries are due to meet in November on the island, and then pay a visit to Ankara and Athens. The ultimate goal is a referendum in March 2014, said the Minister of Foreign Affairs of Cyprus , Ozdil Nami.