Meeting of the presidents of Cyprus 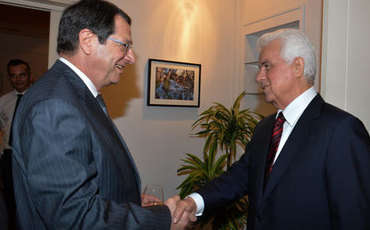 North and South Cyprus leaders despite some political disputes agreed to conduct a meeting. North Cyprus president Dervis Eroglu and South Cyprus leader Nicos Anastasiades will meet on Monday at 6:30 PM at a restaurant in buffer zone. The first step was made by Dr. Eroglu when he called Mr. Anastasiades to express his condolences in regards to the death of former Greek Cypriot president Glafcos Clerides.

Oktoberfest in North Cyprus - the doors of the festival are open to everyone.

For foreign residents in the TRNC, an annual Oktoberfest will be held in the restaurant of Acmenia in Alsancak, on Sunday, October 7. The doors of the October festival will be open to everyone.

According to the Official Gazette, pharmacies will be open weekdays between 8am and 6.30pm

Internet on the island will be faster and cheaper.

41 oranges festival is held in Guzelyurt.