Law on Citizenship of Northern Cyprus 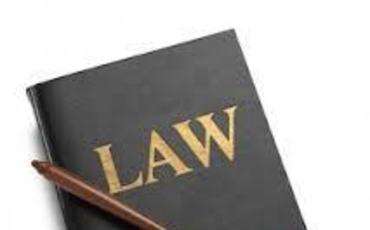 The criticism directed towards the TRNC Government that the citizenship of North Cyprus awarded to foreigners in recent years, as a strategy to provide more votes in the election, is not groundless. The long process of increasing the number of Turkish population in Northern Cyprus was targeted. Currently, "the Republican Turkish Party - the Democratic Party" (CTP-DP) is taking steps to change the established system.

In response to the criticism, the government coalition agreed that the decision on the restructuring of the population and citizenship is a top priority, and the date of settlement is not later than six months. During this time, new applications for citizenship of North Cyprus will not be accepted, and the review of existing petitions for citizenship will be suspended.
The government's goal - two stage scheme for the residents who have lived a long time in Northern Cyprus. This scheme provides that foreign citizens will have a permanent "White Card" after five years of continuous working in North Cyprus or residence, with the possibility of obtaining citizenship even after the next five years. The annual quota of new citizens of the TRNC will be announced in advance.

It is planned to make changes to the design of the annual, long term and work visas. As already mentioned above, the annual number of citizens at the expense of foreign nationals to be announced , but they will be primarily those who meet the needs of the country in terms of the economy and contribute to its development.
Plans to implement the "White Card" for those foreign nationals who have long been living in Northern Cyprus has already been approved by the Cabinet under the leadership of the National Unity Party (UBP) in 2011, but was still not used.

Once "White Card" scheme will once again be approved, card holders will not have to go through the annual process of renovation of the residence permit in North Cyprus and they will be able to enjoy the same rights as the citizens of the TRNC, except the right to vote and work in government offices .