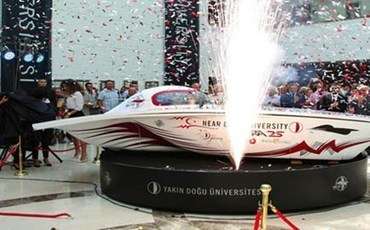 The Near East University, which is located in the capital of Northern Cyprus, Lefkosa, introduced the first car designed and released in North Cyprus. Model car - RA 25 runs exclusively on solar energy and has the ability to move at a speed of 130 km. per hour. Irfan Gunsel, director of the Board of Trustees of the Near East University, speaking at the ceremony, said that the car will be presented in South Africa. He also added that the car was named after the sun god Ra, and was manufactured and registered in the TRNC with registration numbers MZ535.