Панель управления
Вход
Скрыть
Request a call
Fill out the form below and our manager will contact you.
Language: ru en
Currency:
Moscow +7 (925) 727 2052
Cyprus +90 (533) 833 4177
Alliance.Estate
Call Me Back
Property in North Cyprus
Choose your dream house
Sale Rent
Sale Rent 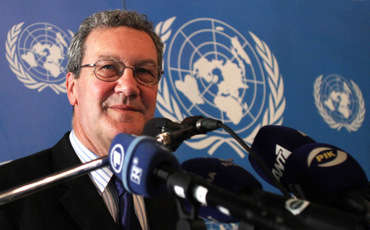 UN’s special adviser on Cyprus problem Alexander Downer is to visit Cyprus in the end of March to bid farewell and to thank both presidents of Cyprus for their cooperation.

Mr. Downer’s visits coincides with the meeting between both leaders of Cyprus, which is scheduled for 31 of March. If Mr. Downer’s schedule allows he will also be present at the meeting, according to UN’s source.
According to some sources, Alexander Downer, who was parliament minister in native Australia, can take post of High Commissioner of Australia in UK, which will undoubtedly entail a number of major shifts in diplomatic relations across Europe.
Yet unknown will take Mr. Downer’s place as UN’s special adviser in Cyprus.

me Minister Ersan Saner announced that outdoor dining areas will open from 10 March. Noting that businesses that do not have open areas would definitely not be eligible to operate. Saner stressed that "it is forbidden to sit in closed spaces." There will be no curfew from Monday 8 March.

It was decided to extend the partial curfew until Monday, 8 March 2021

According to the Prime Minister's statement today, the government plans to allow people who have received 2 doses of the vaccine to enter our country without quarantine from April 1, 2021.