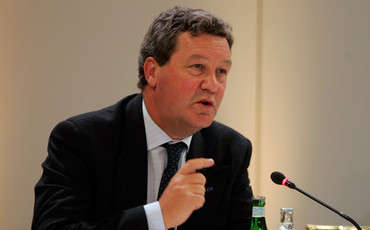 UN Special Advisor for Cyprus problem Alexander Downer has begun a series of meetings aimed at developing a plan of action in the new round of peace talks. Mr. Downer arrived on the island on Thursday and on Friday separately met with the presidents of the Southern and Northern Cyprus.
On Monday a meeting will be held with Mr Downer and the representatives of the Northern and Southern Cyprus, followed by joined dinner. Assistants of Dervis Eroglu , Nikos Anastasiades met in the buffer zone on Thursday to prepare for the upcoming negotiations. Speaking at a press conference after the visit to the U.S., Mr. Anastasiades , expressed hope that the talks will be "practical and constructive" and will contribute to the solution of the Cyprus problem .