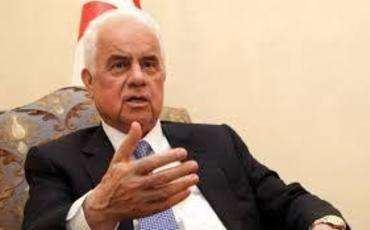 After a pause taken in peace talks for about two years, on Tuesday, February 18th, leaders of Turkish and Greek Cypriot communities joined forces at negotiation table and agreed to issue a joint statement that recognizes the equal statuses of the two states. As reported by various sources of information in the Republic of Cyprus, US took control over the development of a new phase of negotiations, which aims to solve the Cyprus problem: U.S. Secretary of State John Kerry and Vice President Joe Biden held a negotiating process under their attention.
It is reported that John Kerry may visit Cyprus in the near future and will increase the pressure on the negotiation process for a speedy solution. Sources also reported that U.S. Secretary of State communicates directly with Victoria Nuland, the official representative of the U.S. State Department, and follows every step of the development of the negotiations by the minute. John Kerry plans to visit the island as soon as possible to see the first significant success in the negotiations. The same sources report that Americans are confident that the Cyprus problem can be solved within the next two months.
Minister of Foreign Affairs of the Republic of Turkey, Ahmet Davutoglu, said that this was the positive moment to achieve success in a complex long-term settlement of the Cyprus problem. He also called on the EU to keep a neutral position with respect to both parties, and not to act in favor of the Greek side based on the fact that it is already a member of the EU.